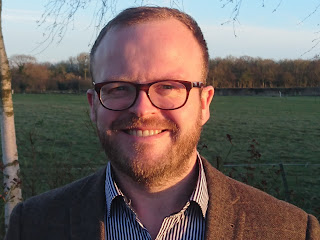 Henry Stanton was the Green Party Parliamentary Candidate for Canterbury in the General Election on 8th June 2017. The constituency covers Canterbury and Whitstable with surrounding areas.

Henry is a local teacher and ex-Simon Langton schoolboy. He has been teaching for 13 years; prior to that he ran his own web design business. Henry loves camping, walking and spending time with his family. He joined the Green Party because of concern about the Climate Crisis and the need for electoral reform in this country.

Ed is 34, lives in Margate and grew up in Herne Bay. Previously a journalist, he now works as a content writer and runs his own business.
A dad-of-three, he is hugely concerned about climate change and biodiversity loss. He believes that a “Green New Deal” of investment in innovative clean energy, transport and housing infrastructure could generate millions of jobs, whilst helping the environment.
Ed has been a Green Party member for 15 years and was the parliamentary candidate for North Thanet in 2015.

We ran a full slate of candidates for the Canterbury District divisions in the KCC elections in May.

To see our manifesto, go to the Local Manifesto page

Stuart Jeffery was the Green Party Parliamentary Candidate for Canterbury in the General election held on 7 May 2015.

The last Canterbury City Council elections were held on 7th May 2015. Your local Greens stood in every ward.

The European Parliamentary elections were on 22 May 2014. Across the District the Green Party won 14% of the vote, rising to 18% in Canterbury.

Keith Taylor was re-elected as our MEP for the South East Region.