A thank you from Stuart Jeffery 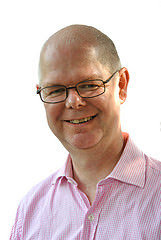 "Nine months ago I was proud to asked by members of Canterbury Green Party to be their parliamentary candidate. Three days ago I was further honoured by 3,746 people who voted for me in the election, 7% of the electorate. Thank you!

"The campaign was hard fought. The Lib Dem candidate, James Flanagan, and the Labour candidate, Hugh Lanning, are both good people, often at odds with their respective parties; the Socialist Party candidate, Robert Cox, is a great guy even if he did suggest that I am a capitalist! While the UKIP and Tory candidates were personable and polite, I usually found their views difficult to stomach – hardly surprising. Even so, the campaign was one of the most positive that I have been involved in from all the teams, there was almost no negative campaigning.

"Sadly we quickly learnt on Friday that despite 76% of voters not voting for the Conservatives, they had a majority in parliament. Five more years of Tory rule is going to devastate our country and its people.

"It will be worse than that too. Their blanket refusal to consider that a proportional voting system is the right thing to have will mean that our parliament remains in the dark ages. While the Greens got one seat while 1.16 million people voted Green, the Tories got 320 seats with an average of 34,000 votes per seat – perhaps ‘dark ages’ is the wrong way to describe this disgusting and immoral system.

"What next? Back to campaigning street by street, building solid support and winning more seats and we must campaign far harder than ever before for voting reform.. The #greensurge continues and 4,500 people have joined us since the election, including 50 more members on 8th May in Kent alone. At this rate we will soon overtake the SNP to be the third largest party in the UK."