Canterbury demonstrates its opposition to the EU - US trade deal TTIP

Green politicians spoke out against a US – EU trade deal called TTIP at a demonstration in the centre of Canterbury on Saturday.  Speaking at the rally were Keith Taylor, Green MEP for the South East, Stuart Jeffery, Green Parliamentary Candidate for Canterbury and Dave Cocozza, Green candidate for Blean Ward and the Party’s Higher Education Spokesperson. 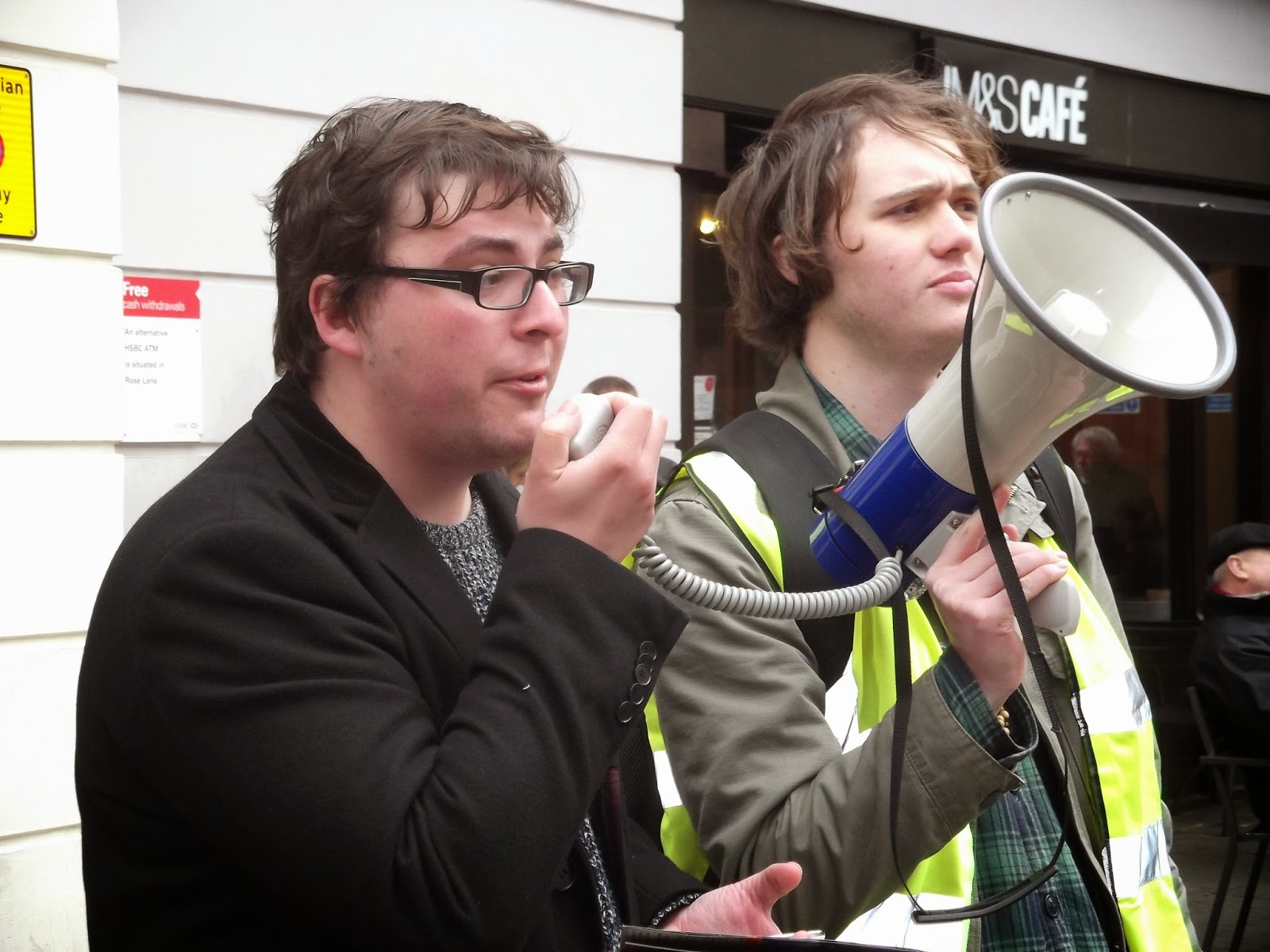 Stuart Jeffery, Green parliamentary candidate for Canterbury: “This US – EU trade deal will allow US companies to sue the UK government using US laws. It will lead to significant privatisation of public services including the NHS.

He continues: “It is an assault on democracy and the rule of law. It will ensure that workers’ rights and environmental protections are undermined in the UK. The Green Party is the only party opposed to TTIP and we have been leadng the fight against it. We must stop this trade agreement.”

Dave Cocozza, Green candidate for Blean Ward and the Party’s Higher Education Spokeperson: "TTIP presents an untold risk over people and public services, all in the name of massive profits for business and government. It lacks a caveat on safeguarding our beloved NHS from dispute settlements, and so many other problems that I see as trading profit over the protection of people. That's why I was at the demo, that's why I will not support TTIP and that's why we all need to stand up against it"
Posted by Stuart Jeffery at 07:24