Canterbury Green Party’s candidate for the Blean Forest by-election on September 20th will be the Chair of the local party, Russell Page. 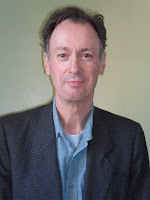 Russell is a semi-retired primary teacher who worked in local schools for many years. He now works as a tutor.

He is interested in sustainable transport and is keen for the Council to introduce a ‘Smarter Travel Plan’ for the city in order to promote more sustainable ways of travelling here. He says:

“Reducing congestion and getting more people walking, cycling and using public transport would be better for business, air quality, public health and for the city’s carbon footprint. I’m greatly encouraged to learn that the Canterbury Society has commissioned a sustainable transport blueprint for the city from one of the country’s leading experts in the field. I greatly look forward to its findings and will be urging the Council to embrace its conclusions.”

Russell supports the call for a 20mph speed limit outside Blean Primary School, and the campaign by Spokes and others for a similar speed limit on all residential streets.

He is passionate about the preservation of open spaces in the city and is opposed to the proposed developments on Chaucer Fields and Kingsmead Fields.

The party came second in the last elections in the ward in 2011 and will be trying to do at least as well this time around.
Posted by Canterbury Green Party at 18:34